I recently stumbled across an article on CNN. Accompanied with a video. It told the sad story of Jia Jia. A Chinese boy, who's "botched surgery" for spina bifidia left him with no use of his legs. He is just one of the estimated one million orphans in China. And he's not an orphan because his parents were murdered or displaced in a war, he is alone because his parents left him, at three months old, alone.

Today on my timeline there are a lot of things that people are upset about. Missouri University President Timothy Wolf has resigned as from his position amid racial controversies. People are taking sides and throwing insults. But our blog is about adoption not racism...or is it?

The Christian world is mad at Starbucks again. Not because they put "Happy Holidays" on their window paint or refused to serve those who support traditional marriage. No, tis the season to make up a reason to hate the coffee giant (besides their overpriced coffee). Starbucks rolled out their red cups, with a hint of snow flakes and the church found a new enemy. But this blog is about adoption not Christians overlooking real issues and watching YouTube videos...or is it?

I am a pretty easily distracted person. If you know me, you know this. It's hard for me to focus. So, when I got on Facebook/Twitter this morning, my mind was all over the place. It went from the final scores and articles of my football team losing last night, to the Missouri controversy, to the Starbucks stuff, back to a news release from Mizzou which led me to go back and read the timeline leading up to today, and the counter articles of those against Starbucks, then Mizzous president resigned, the Broncos still lost, and I have no idea if I should drink coffee, watch football or boycott all of those things... I'm distracted.

So distracted, that it took me hours to realize that today is #WorldAdoptionDay. It didn't show up on my news feed. It didn't show up in my email. I didn't think about it at all until a co-worker drew a smiley face on his hand and invited me to do the same so he could post an Instagram.

I mean, we are adopting, so I should have probably known that today was #WorldAdoptionDay. But I was distracted. It wasn't the simple fact that I was distracted that surprised me the most (that's pretty common place in my life), it was that the thing that distracted me was revealing my priorities. And that was convicting.

As I said before, this blog is not about racism...or is it? One of the biggest distractions for me today was reading the stories of what was going on at Mizzou and wanting to tweet or post my opinion. That usually gets me into arguments I don't intend and makes a big mess. It's so easy to be misunderstood (or dare I say, even be dead wrong?). I don't claim to know anything about being a victim of racism, nor can I ever remember being mistreated for my ethnicity. But what I do know about racism is that it is one of the ugliest forms of discrimination on the planet. It's much bigger than black and white. It's much deeper than north and south. It includes, but is much broader than Ferguson and Baltimore. I do not write this to devalue the things happening in our country, but to wonder aloud...is it possible to be outraged by more than one thing at a time?

I believe that having a single cell in your body that thinks it's better than another human being, even at a microscopic level, is one of the saddest views of our sinful nature. And this is seen in the issues that I read about at Mizzou today. And it is evident when I think about the orphans in China. Many orphans in China exist because they were seen as lower, disabled, incomplete  and altogether less than normal. They may have been precious in the eyes of their parents, but those parents were not given support to care for this special child. Not from their government. Not from their family. Not from their friends. But there is no president being asked to resign because of this sickening reality. No protest lines to stand in. No hunger strikes taking place about this. And I ask, is it simply because... we are distracted?

Starbucks makes one drink that I like. It has so much stuff in it (sugar, cream, syrup) that it really can't be called coffee. I have no stock in Starbucks, and if a boycott shut them all down, it would literally not effect my life. And when I say literally, I actually mean literally.

When I saw the #MerryChristmasStarbucks protests I thought maybe their CEO had said something to stir us up again. But when I finally got to the bottom of it, without watching the YouTube video (seriously people, can we learn how to turn a phone sideways!), I realized what was really happening. Every year something like this happens. Walmart was attacked, McDonald's was attacked, etc. It's just Starbucks' turn to be the target of what I will call "the business who stole Christmas".

I really don't want this to turn into a hot topic blog post, because this blog is about our adoption, not our first world persecution coffee cups... or is it?

I was guilty. I have posted and re-posted articles for and against, muddying up timelines across the net. But now I'm convicted that instead of hitting send, retweet, or post, I should have been bowing my head. I should have been praying for that little orphan that I know God has waiting for us in China. I should be praying for families on #WorldAdoptionDay who are waiting for their babies to come home. I should get on my knees and pray for children like Jia Jia. I think of the "war on Christmas" that is supposedly waged and I think of our little one, who we pray we get to meet this next year. The Starbucks cup controversy has no meaning to them. Christmas (whether that has spiritual meaning to you or just a holiday family time meaning) has no frame in their mind. The love of a family, the hope of new life, the feeling of belonging, all of these are vastly more important than my $5 cup of sugar.

But there's no boycott for them, no YouTube video outrage, and no trending topic because we are distracted. If I keep focusing on what the world wants me to see, I will blind my eyes to the ones who need noticed the most. So use your voice for the causes you believe in. Boycott and protest if you think you must.  But when I stand up for what I believe, I want to make sure that waving my freedom flag isn't blocking the view of those who have no flag to wave. We already have enough distractions.

Today I make the choice. I'll get out of the way for the love of one. #FTLO1

Read and see Jia Jia's story on the CNN website. 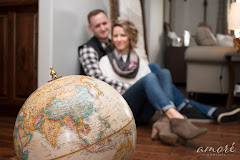 We started this journey "for the love of one" of the millions of orphans in the world, but who knows how many we may end up with! Thanks in advance your support and payers.

Keep Up With Us